Popularity is the ultimate prize in high school, but what happens when popularity isn’t enough?

It’s crucial to view a film with the intended audience in mind; otherwise, you’ll be dissatisfied if it doesn’t live up to your expectations. This is a better description of what ‘Teenage Vampire’ is about. This film is aimed towards adolescents, as the title suggests. When watched through the eyes of a teenager or as a family film, the viewpoint and response vary.

Aaron Lee Lopez wrote and directed ‘Teenage Vampire,’ which stars Claire Tablizo as Chase, a nerd and a bowling fan, Jaeden Riley Juarez as her best friend Pam and a member of the bowling team, Gabby Garcia as Sin, the head of the cheerleading squad, Mick Buck as Sean, the hottest guy in school, Tres Allison as Dean, Chase’s younger brother and a comic book nerd, and Cynthia Fray as Ms.

The film is a standard high school story with a supernatural element thrown in for good measure. Pam and Chase are close friends who attend the same high school. They both like bowling, although they are not well-known. In fact, they are almost imperceptible. They believe they are invisible in part because they are too self-conscious. So they strike a deal to loosen up and agree to everything, no matter how ridiculous it sounds, even joining the Cheer Leaders’ squad, which is made up of only the coolest females in school.

After the former cheering instructor goes missing, the school welcomes fresh girls and a mystery new cheerleading teacher. Only Chase gets in when the two buddies decide to tryout. Now that she has made the team, she is treated as one of them and is persuaded to become a vampire by promises of fame and the ability to attract the boy of her dreams, which she does, though it is difficult to tell whether she is happy about it or not based on her actions, despite what the dialogue says.

All of this may seem ridiculous, but for a young girl at a school where being renowned is important, it’s alluring. Chase does not murder anybody in this film, thus she does not become a full-fledged vampire. Vampirism, of course, affects her, and she begins to act strangely, which people close to Chase notice but don’t think much of until she tells her closest friend, and her brother, who is fascinated with vampires, inadvertently learns of her secret.

Sin and her minions instruct Chase to murder Pam and finish her initiation when she refuses to change. Chase’s brother sees the kidnapping and joins forces with Sean. To take down the nightwalkers, they go out equipped with spears, garlic, and Holy water. They finally manage to knock down the accursed circle after many tries, uncovering a significant mystical secret about the town and the vampires in the process.

There are many story flaws in Teenage Vampire. For starters, Chase is being very impolite by allowing himself to be led into such an apparent trap without any opposition. She is intelligent, therefore she should have utilized her intelligence to make the story more interesting. Second, Sin’s and her group’s intentions aren’t entirely apparent at first. She’s at the school to feed and recruit females to become vampires, but only two really do. A small piece of background information might have educated the viewers and piqued their curiosity in the backstory.

The film is billed as a comedy, yet there isn’t a single joke in the plot. Nothing, not the acting, the narrative, the setting, the costumes, the camerawork, the lighting, or even the music. Everything is obnoxious and uninteresting. There aren’t many frightening moments, thus it might be classified as a mild horror. All one sees are the ridiculous-looking teeth, but there is never any gore on screen. There were no bleeding lips, sputters of blood, bite marks on necks, or even dismembered corpses. Every horrific moment that one would anticipate in a horror film, particularly one featuring bloodsuckers, is absent.

This may be a deal-breaker for horror fans, but keep in mind that movie is aimed at teenagers, thus nothing graphic or unpleasant may be presented. This also makes the film acceptable for younger audiences, since there isn’t anything scary about it apart from the fangs.

The language in ‘Teenage Vampire’ is very clean. There are no swear words, no harsh language, and no inappropriate speech, making it suitable for the whole family. In terms of sex scenes and nakedness, the producers attempted to keep the images as clean as possible.

Despite the fact that there are many parties and these events are known for these sorts of activities, there are no naked females or guys roaming about except from a few discreet kissing incidents. There are also some sequences that reference drinking and a few males wetting their pants as a result of frightening experiences with vampires, which aren’t particularly deplorable.

In some ways, the narrative leaves the audience hanging. For starters, all of the vampires are female; there isn’t a single male, and there’s no reason for this. The class is taught by a single instructor, and it is always an English lesson. Despite slaying the chief vampire, Chase and Pam remain vampires at the conclusion of the tale. This, too, has no explanation.

Chase, Pam, Sean, and Dean battle vampires in action sequences that aren’t very realistic. They’re lame to say the least, and Sin’s acting was a little over the top, making her character a little irritating, but that may have been the goal all along, so it may have worked. Most importantly, the vampires in this flick aren’t very frightening.

From the viewpoint of the target demographic, ‘Teenage Vampire’ is an excellent film that is both enjoyable and resonant. From the viewpoint of a parent or guardian, it is an appropriate watch for their adolescent. It is, on the other hand, a complete waste of time for an adult who has been affected by none of the aforementioned circumstances.

The teenage vampire cast is a movie about two teenage best friends who are both vampires. They must overcome their desires for popularity and friendship to survive. The 10 Best Batman Comics To Collect 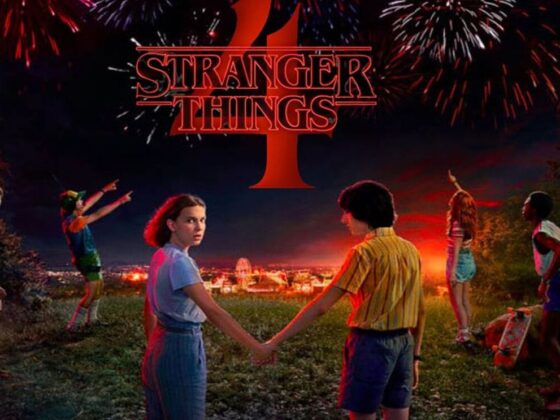 Are We Expecting Early 2022 Release on Netflix?