In the superhero battle of the century, Superman is a clear favorite. But what if we pitted them against each other? Who would win?

The joker kills superman is a question that has been asked for years. Though it’s hard to say who would win in a fight, Superman or the Joker, but the Joker definitely has the upper hand.

Superman, for example, is one of the most powerful superheroes in the DC Universe, with unfathomable superhuman abilities. On the other side, The Joker, one of the most well-known supervillains of all time, is just a person with no abilities who, despite this, manages to destroy his opponents the majority of the time. Who would win in a fight between The Joker and Superman?

The Joker stands no chance against Superman in a face-to-face battle. The Kryptonian just has far too many superhuman skills and capabilities to defeat the Joker in a matter of seconds. With enough preparation and forethought, however, the Joker can pose a serious danger to the Man of Steel.

In the DC world, they don’t had many meetings, but they have met many times, and the Joker has always beaten Superman intellectually. In other stories, he so corrupted Superman that he stomped on his moral compass, murdered the Joker, and became an evil tyrant. Let’s look into their hats to discover who would win and how they would win.

The Joker, often known as the Clown Prince of Crime, is Batman’s main adversary who originally appears in Batman #1 in 1940. He lives in Gotham City and is a known inmate of the Arkham Asylum, indicating that he’s a complete lunatic.

His insanity leads him to delight in disorder, which is nearly always his ultimate objective – he doesn’t want to murder Batman or overthrow the government; he wants turmoil, mayhem, and anarchy.

Even yet, being a mere human, how does he able to fight Batman for so long? With his intellect, bravery, and battle planning skills, he has defeated numerous extremely powerful enemies. Let’s take a deeper look at his abilities.

Intelligence of a genius

Despite the fact that Joker is severely mentally ill, his craziness does not preclude him from being a genius. His exceptional intellect is most seen in his criminal conduct, where he meticulously prepares and executes his schemes.

He’s also a great scientist, and he utilizes his skills to create incredible weapons that incapacitate his opponents, such as toxic gases, mind control chemicals, and so on. What’s even more bizarre is that he performed the majority of the chemical experiments on himself, which explains why he’d become even more crazy.

We all know Joker is a total lunatic. Although his love of chaos and disorder occasionally hinders him from achieving his ultimate objectives (such as not murdering Batman when he had the opportunity because he enjoys battling him so much), it is more frequently a major benefit for him.

He is, for example, brave – physically. Nothing, not even torture or death, can frighten him. Batman is often depicted as a fearless vigilante, and although this is true in reality, it is not completely accurate. Bruce Wayne has concerns and is capable of feeling dread, but he chooses to disregard them and push on, which is what makes him such a strong hero.

Joker, on the other hand, is incapable of experiencing fear, which provides him a significant edge in battle since he has no fear of dying or being wounded. Take a look at the Knightfall tale if you need evidence.

Scarecrow tries to unleash his fear poison on Joker in this scene. Still, instead of being provoked by his anxieties, the Joker bursts out laughing maniacally and thrashes Scarecrow with a good old-fashioned thrashing.

Aside from his bravery, his pain tolerance may also be a result of his insanity. While it’s never mentioned whether he can’t feel pain or chooses to ignore it, it’s fair to assume that it comes not just from his chemical experiments but also from his personal experiences.

I mean, the guy ripped his face off and slammed it on the wall to make a point — he wanted to demonstrate that he’s still the Joker without his mask, while the whole Bat-Family (Batman, Robin, and Batgirl) are nothing without theirs.

The Joker is a great chemist, as I have said. He’s created amazing chemical weapons, serums, and poisons that are capable of making half of Gotham City laugh while viciously battling each other. Apart from using his chemistry skills to create weapons, he also utilized it to alter his body and build immunity to the majority of poisons and toxins.

He conducted a number of tests on himself, which enabled him to acquire immunity to the majority of poisons.

We all know Joker is a brilliant con artist. He transformed a slew of unexpected props into lethal weapons. For example, he had a flower on his clothing that spewed acid, and he had razor-sharp edges on his playing cards, among other things.

Another factor that makes him so deadly is the element of surprise.

Finally, I think the Joker’s capacity to manipulate others may be classified as a superpower. He has a knack for getting under people’s skin, corrupting them, and turning them wicked. Even when those individuals are fully aware of what he is doing, they are susceptible to his influence.

Harley Quinn, his psychiatrist at Arkham Asylum, is the most famous example of this occurring. He was able to severely corrupt her and make her wicked, effectively turning her into his puppet.

She eventually got out of the violent relationship, but she was still turned into a villain because Joker exploited her – despite the fact that she was a psychiatric specialist. Imagine what he could do to ordinary people in such situation.

Superman is, without a doubt, the most popular superhero ever conceived, and for good reason. He originally debuted in Action Comics #1 in 1938, and his abilities are unrivaled. But it’s his moral compass and ethics that make him such a popular figure.

Physical talents that are superhuman in nature

It would take an eternity to list each of Superman’s superhuman abilities separately, so we’ll combine them together as one of his capabilities.

Kal-El is a superhero with superhuman strength, speed, and endurance. Because our yellow Sun’s radiation is what fuels his talents, if he becomes “charged” by going closer to the Sun and collecting even more radiation, all of his superhuman skills would practically reach infinity.

Ability to see and breathe

These might be classified as physical superhuman powers, but they’re much more. Superman possesses laser vision that can bring down whole skyscrapers. Other visual talents he has include electromagnetic spectrum vision, infrared and x-ray vision, and much more.

He also possesses superhuman strength and endurance. With his strong wind breath, he can either freeze an entire lake or blow away nearly everything.

Superman is a skilled martial artist and knows how to fight. He possesses superhuman intellect and can levitate. His capacity to recover and escape harm, on the other hand, is what makes him so unstoppable.

When it comes to man-made weapons, such as bullets, rockets, and the like, he is almost unstoppable. However, even if someone manages to harm him (like Lex Luthor did many times), his healing powers are amazing, and he’ll be back to his former self in no time.

Superman has a variety of abilities, but these are the key elements that make him such a great superhero.

If you want to view more “Who Would Win?” situations, go here.

Who Would Win in a Fight Between the Joker and Superman?

Having said that, if we’re talking about a deathmatch, the Joker just has no chance. Superman is much too strong to be defeated by a human (not called Bruce Wayne). However, we can’t dismiss the Joker so quickly.

Using enough forethought and preparation, he can beat Superman with traps and his chemical abilities. He’d also employ Kryptonite to cripple the Man of Steel if he could get his hands on it. The Joker’s greatest advantage, though, is his ability to manipulate others.

Against Superman on a few occasions, he was able to accomplish so. In the New 52, the Joker manages to corrupt not just Superman but the whole Justice League, causing him to lose his morals, murder him coldly, and become a tyrant.

As a result, if the Joker defeated Superman in any scenario, the victory would be cerebral rather than physical. He wins the advantage in mental games, but in pure physical battle, he’d be little more than a fly on the wall for Superman. He may not feel the agony, but it would only take half a second for Superman to harm him.

Why does Superman avoid dealing with the Joker?

Apart from Batman, there are many reasons why Superman and the rest of the Justice League seldom face up against the Joker and other Gotham City criminals.

First and foremost, Batman wishes to keep them at bay as much as possible, and he considers Gotham City to be his duty. He is well aware of Gotham’s evil side and how it can corrupt individuals. The world would be unprepared if Joker could grab a hold of Superman or the Flash and turn them against him.

Finally, despite the Joker’s wicked machinations, they had many confrontations (for example, in the New 52 and Action Comics #719), but Superman was kept back and refrained from murdering him.

The Justice League, Batman, and Superman all have a rigorous no-lethal-force policy. They don’t kill dangers that aren’t considered significant. So, if Batman can deal with Joker on his own (as he typically does), Superman or any other Justice League superhero isn’t required to intercede and deal with him.

In the superman vs joker comic there is a fight between Superman and Joker. The fight ends with Superman being victorious.

Can the Joker beat Superman?

Who is stronger Superman or Joker?

Superman is stronger than Joker.

Who would win Joker or Lex Luthor? 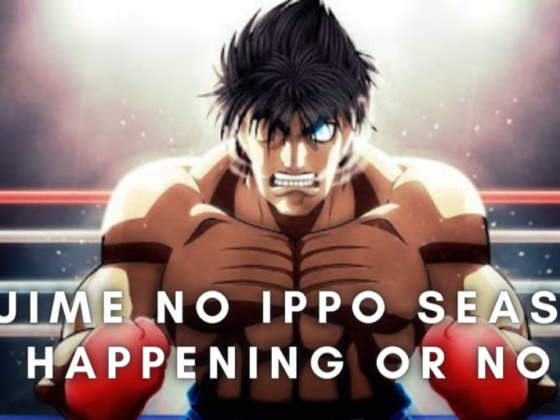 Hajime No Ippo Season 4: Happening Or Not? 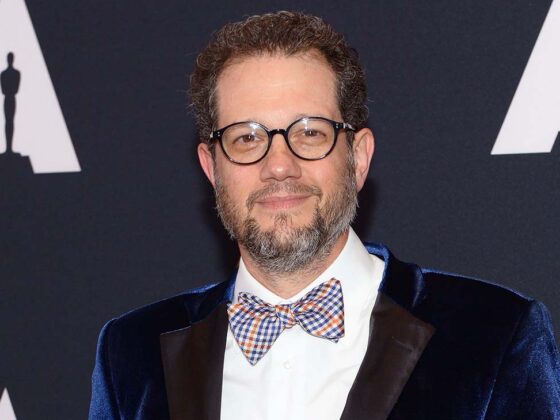