“Ted Bundy: American Boogeyman” is an American documentary film about serial killer Ted Bundy, who was executed in Florida’s electric chair. The film premiered on Lifetime on September 12th, 2018.

Ted Bundy: American Boogeyman is the latest in a long line of Bundy films to hit theaters. Extremely Wicked, Vile, and Shockingly Evil, all available on Netflix, offered us a glimpse into Bundy’s atrocity through the eyes of her girlfriend. This year, there are two films on serial murderer Ted Bundy. Before his execution in 1989, he had become a source of curiosity.

What Happened to Ted Bundy?

His fame has been fully exploited by Hollywood, which has produced numerous films on him. So, what makes Ted Bundy unique? Only in the next paragraph will we attempt to address this question. Unless you’re a fan of a serial murderer who transforms into a regular one, the film isn’t very compelling. The majority of American Boogeyman follows Ted Bundy as he travels from town to town, stalking and murdering women as he goes.

The killings do not seem to be exciting, and the narrative is boring. There is no rhyme or reason for these murders; it’s simply that the perpetrator is a serial killer who enjoys murdering people. This was everything about the movie’s opening act.

Agents Robert Ressler and Kathleen McChesney are shown in the second half of the film attempting to hunt down Bundy using the traces he leaves at his murder sites. The second act may be seen as the filmmaker’s response to the films Mindhunter and Zodiac. The unfortunate thing is that this piece is lacking in accuracy and completeness. Actors portraying police officers do not do their roles credit.

When it comes to American Boogeyman, Daniel Farrands, the film’s director and writer, only thinks of exploitation. It doesn’t feel nice to see a film in which people’s lives are regarded so disposable that they are just exploited for amusement.

Chad Michael Murray has performed well in his position. He’s generally regarded as a pervert wandering the streets. He has a pornstache, which is shown to the audience during the film’s second half. Ted Bundy: American Boogeyman doesn’t have anything fresh to say about the serial murderer. This film attempts hard to shock everyone with its portrayal of violence, but instead gives the impression that the audience is witnessing reheated slasher leftovers.

The trailer is available to view on the Dark Star Pictures Trailers YouTube account. The trailer was released on August 2, 2022, and it is two minutes long.

www.cwtheatres.com is a good place to start.

Ted Bundy, the American Boogeyman, has been released.

Entertainment Tonight is the source.

The film is directed by Daniel Farrands and runs for 110 minutes. On Rotten Tomatoes, this film has a 14 percent approval rating.

Stay tuned to our website for additional information about future shows and movies. Lovers of The Red Sky Episode 6: Release Status and Expectaions 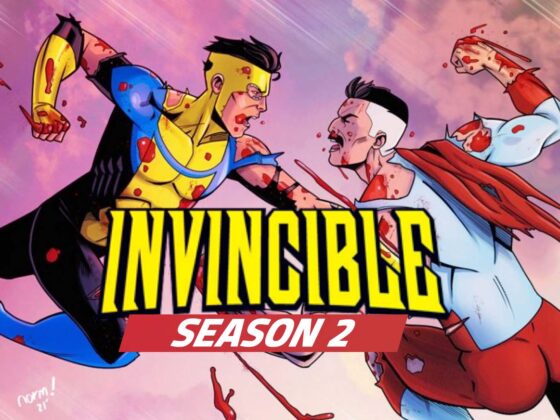